I have been plagued by ethernet birdies from my own home for several years. I have a router, DSL modem, two access points (one mounted atop one of my ham towers), and two PCs which are alternately connected either by ethernet cables or via wireless to my in-house access point.

Previously I had made an attempt to reduce the birdies by putting various ferrite chokes on the assorted cables associated with the network. The methodology at the time was to tune in a strong birdie near 50.110 MHz to use as a progress indicator. I then worked on the cables one at a time, adding chokes to a particular cable until I could not detect further improvement, then moved on to the next cable. At the end of the day I had reduced the birdies about 10 dB but I needed at least another 10 dB to be reasonably satisfied.

Having just bought an Alinco DJ-X11T wideband receiver, I started sniffing around cables by placing a few inches of each cable parallel to the DJ-X11T antenna. I found most of them still seemed to be radiating noise despite having chokes on them. I used the same strong birdie near 50.110 MHz since 6 meters is the band I care most about. 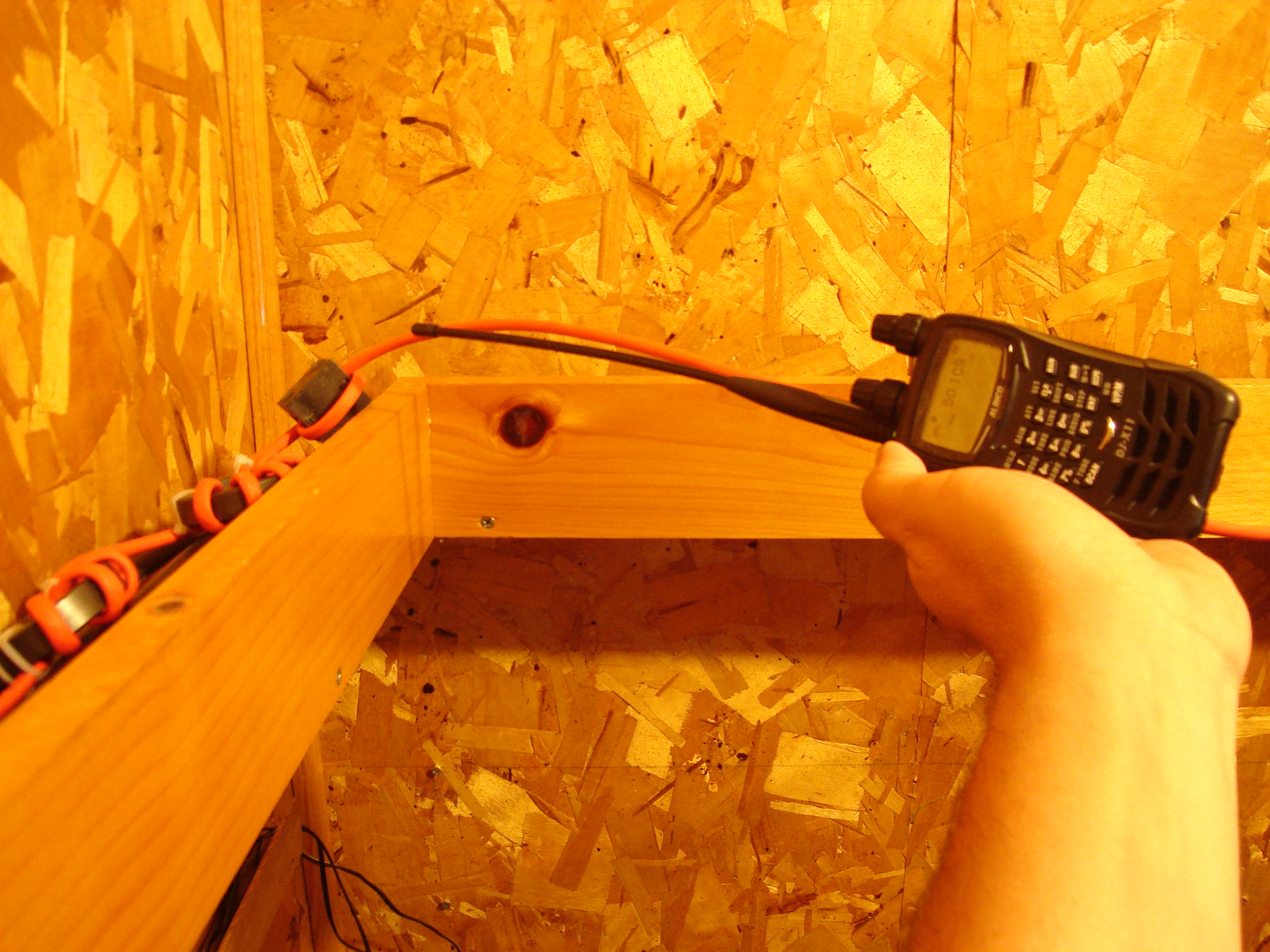 I decided to try a slightly different approach to the problem. Starting with one cable, I added or modified chokes until I could hear very little or nothing on that cable with the DJ-X11T antenna tightly coupled to it. When I got one cable quiet using this method, I moved on to the next. I ran out of ferrite cores before finishing all the cables, but the noise is down another 12 dB from where it was! Purists will no doubt find flaws with my method, and I can’t be sure it would work in all cases. All I can say is it helped me get this problem a lot closer to being under control.

The chokes are not all the same. I used whatever ferrite cores I had on hand. Some are a few turns of cable on “known” cores such as Fair-Rite type 31 material 2.4″ OD toroids. Others are a single pass through unknown clamp-on cores or 2 or 3 turns through a clamp-on core. When core size allowed more than one pass of a cable through it, I experimented with the number of turns until I obtained optimum results. There is usually a point where adding another turn actually makes things worse, so it was easy to find the optimum number.

The 6 meter birdies are rather weak now. When I get more cores I will finish up the wires I didn’t complete this time and see if these can be reduced even more.